1、There are three reasons for this。

2、The reasons for this are as follows。

3、The reason for this is obvious。

4、The reason for this is not far to seek。

6、We have good reason to believe that.。。

There are three reasons for the changes that have taken place in our life. Firstly, people’s living standard has been greatly improved. Secondly, most people are well paid, and they can afford what they need or like. Last but not least, more and more people prefer to enjoy modern life。

注：如考生写第一个句子没有把握，可将其改写成两个句子。如：Great changes have taken place in our life. There are three reasons for this. 这样写可以避免套用中的表达失误。

1、It has the following advantages。

3、It benefits us quite a lot。

4、It is beneficial to us。

5、It is of great benefit to us。

Books are like friends. They can help us know the world better, and they can open our minds and widen our horizons. Therefore, reading extensively is of great benefit to us。

1、It has more disadvantages than advantages。

However, everything divides into two. Television can also be harmful to us. It can do harm to our health and make us lazy if we spend too much time watching television。

1、It is important(necessary, difficult, convenient, possible、for sb. to do sth。

2、We think it necessary to do sth。

3、It plays an important role in our life。

Computers are now being used everywhere, whether in the government, in schools or in business. Soon, computers will be found in every home, too. We have good reason to say that computers are playing an increasingly important role in our life and we have stepped into the Computer Age。

1、We should take some effective measures。

2、We should try our best to overcome (conquer、 the difficulties。

3、We should do our utmost in doing sth。

The housing problem that we are confronted with is becoming more and more serious. Therefore, we must take some effective measures to solve it。

1、Some changes have taken place in the past five years。

3、The computer has brought about many changes in education。

Some changes have taken place in people’s diet in the past five years. The major reasons for these changes are not far to seek. Nowadays, more and more people are switching from grain to meat for protein, and from fruit and vegetable to milk for vitamins。

1、We cannot ignore the fact that.。。

3、There is no denying the fact that.。。

4、This is a phenomenon that many people are interested in。

5、However, that’s not the case。

We cannot ignore the fact that industrialization brings with it the problems of pollution. To solve these problems, we can start by educating the public about the hazards of pollution. The government on its part should also design stricter laws to promote a cleaner environment。

2、I prefer to read rather than watch TV。

3、There is a striking contrast between them。

Compared with cars, bicycles have several advantages besides being affordable. Firstly, they do not consume natural resources of petroleum. Secondly, they do not cause the pollution problem. Last but not least, they contribute to people’s health by giving them due physical exercise。

With the improvement of the living standard, the proportion of people’s income spent on food has decreased while that spent on education has increased。

From the graph listed above, it can be seen that student use of computers has increased from an average of less than two hours per week in 1990 to 20 hours in 2000.

2、People have different opinions on this problem。

3、People take different views of (on、 the question。

4、Some people believe that...Others argue that.。。

People have different attitudes towards failure. Some believe that failure leads to success。

Every failure they experience translates into a greater chance of success at their renewed endeavor. However, others are easily discouraged by failures and put themselves into the category of losers。

2、It may be briefly summed up as follows。

3、From what has been mentioned above, we can come to the conclusion that .。。

From what has been mentioned above, we can come to the conclusion that examination is necessary, however, its method should be improved。

3、This is a topic that is being widely talked about。

4、From the graph (table，chart、 listed above，it can be seen that .。。

As is well known to us, it is important for the students to know the world outside campus。

The reason for this is obvious. Nowadays, the society is changing and developing rapidly, and the campus is no longer an “ivory tower”. As college students, we must get in touch with the world outside the campus. Only in this way can we adapt ourselves to the society quickly after we graduate。

Does it pay to be honest? This is a topic that is being widely talked about and different people have different opinions on it。 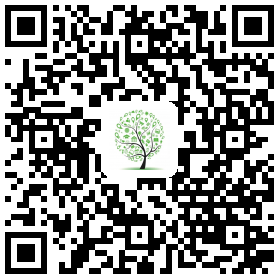